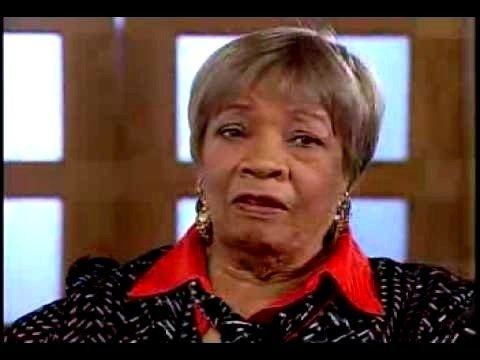 A message from Ms. Edna Beach, Founder of the National Coalition of 100 Black Women.

To meet the diverse needs of its members, NCBW implements programs that…

The National Coalition of 100 Black Women (NCBW), Inc. is a non-profit organization that advocates on behalf of Black women and girls. Our members address concerns in economic empowerment, education, health and public policy, to promote gender and racial equity. The National Coalition of 100 Black Women (NCBW) was launched on October 24, 1981, with representatives from 14 states and the District of Columbia, and selected Jewell Jackson McCabe as its first national president. Its mission was to advocate on behalf of women of color through national and local actions and strategic alliances that promote the NCBW agenda on leadership development and gender equity in the areas of health, education and economic empowerment. The rapidity by which the organization grew is attested to by the statistics of 1986: 47 chapters in 19 states.

NCBW currently has over 2,800 members in 61 chapters. National Initiatives are programs designed and implemented in response to critical national issues that affect the African American community: such as our crisis in education, health, economic empowerment and public policy. Partnerships and participation opportunities are encouraged.

IN THE WINTER OF 1970 in New York City, 24 Black women, led by visionary Edna Beach, began meeting in their homes to assess the problems and opportunities left behind in the wake of the turbulent 1960s. As a result of their meetings, they formed the Coalition of 100 Black Women. For the rest of the 1970s, they slowly but persistently worked to master root causes of issues that affected their families, their communities and themselves. They boldly began to reach out to other Black women in common cause, and eventually, mobilized their emerging stature as a visible force of influence promoting gender and racial equity.

In 1981, the New York Coalition had over 500 members throughout New York City’s metropolitan area, far in excess of the symbolic “100” in its title. Its effective role-model projects and its association with grass-roots community activity won notice in both local and national news media. As the Coalition gained recognition, Black women from other parts of the country aspired to duplicate its mission and programs in their own geographic areas. It was decided to create a national organization, to expand beyond the boundaries of New York City, and, accordingly, to include the term “National” in the original title. They responded to the New York Coalition’s nationwide call to develop a leadership forum for professional Black women from the public and private sectors. That call resulted in a network of Black women who joined together to meet the personal and professional needs of the contemporary Black woman, the needs of her community and her access to mainstream America.

The consensus of the organization in 1986 is perhaps best summed up in the paragraph from its initial newsletter:

“No longer can Black women operate on the basis of reacting to crises and depending on crash programs to solve them. They know, as they have in the past, that they must understand and direct present trends and become aware of the new economic and social realities that are emerging. Seeking empowerment as a distinct group, they need to analyze their attitudes about power and understand both the traditional and unconventional routes to power. Most importantly, Black women are the linchpin of leadership continuity among all Black people and understand the need for mentoring that must be nurtured and honed day by day, from one generation to another.”

Structured for action, the National Coalition of 100 Black Women is committed to being a united voice for more than 20 million Black women in the United States. As a leadership forum, it serves as a role model to help elevate the quality of life for young Black Women and other Black women in transition. As an organization of career (professional and volunteer) women, it draws upon the strength of its membership to work toward solutions on issues of concern to the contemporary Black woman. As a network, it serves as a vehicle of communication among Black women for their own personal and professional development. And as an advocacy group, it collectively seeks the political and economic empowerment of Black women as a means of gaining access to mainstream America.

To achieve its targeted goals, the NCBW develops alliances with leadership from corporate, civic, political and government entities and to build a consensus among special interest groups. Moreover, the Coalition, created to serve as the eyes, ears and voice for all Black women, positions itself as a complement to the strong heritage of existing Black women’s organizations that share its goals.

NCBW’s unique strengths derive from the units that have proven to be the building blocks of national organizations with longevity: its local chapter structure and the members it is able to attract and mobilize. Membership is open to all Black women who want to make a difference in their communities. The idealism demonstrated by all members, young, seasoned and wise, has enabled NCBW to bridge the much-deplored generation gap in Black organizations. Each chapter is driven by a committee structure with concrete programs and activities. Members on the committees—education, economic empowerment, health, political action, and civic and community service—initiate and develop programs that respond to the specific character of each community in which NCBW is based.

Nationally, NCBW’s board members link the organization to other organizations with similar agendas, to corporate structures and influential individuals in fields that span the gamut of human endeavor. By having such access, NCBW can readily gauge the sentiment of any sector of society and has the ability to help determine the mood or thoughts of Black women across the United States for effective advocacy programmatic purposes.

For more information about the National Coalition of 100 Black Women, Inc., please visit our national Web site at www.ncbw.org