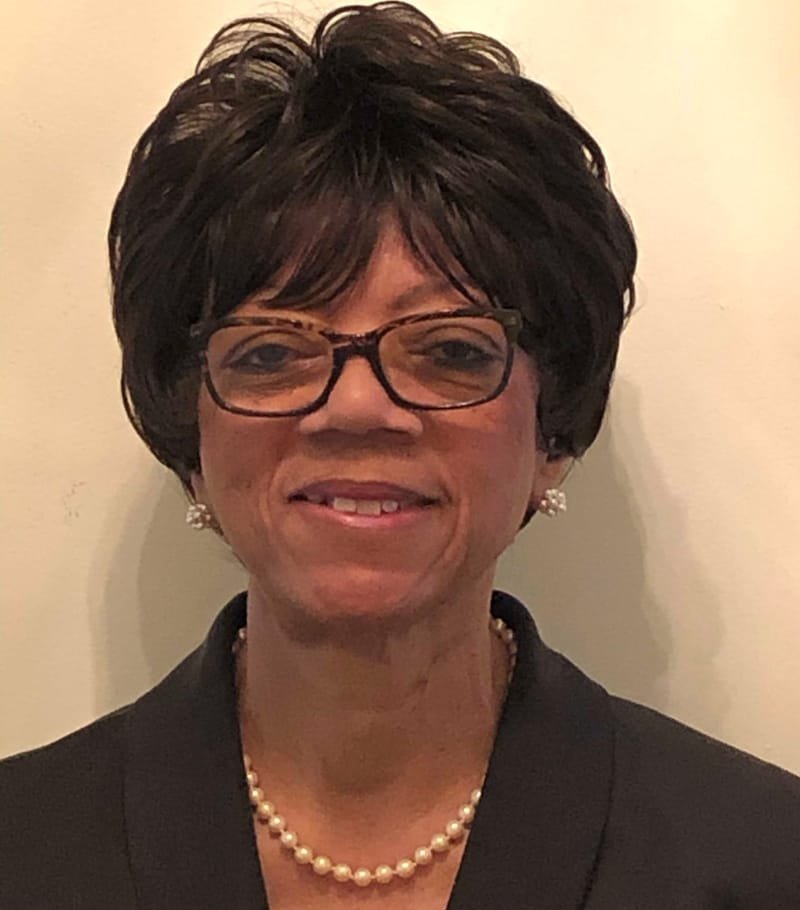 In 2020, Gretchen was sworn in as a member of the Prince George’s County Advisory Committee on Aging after being appointed by County Executive Alsobrooks. She serves as co-Chair of Communications and Public Awareness Committee.

As 2nd Vice President, the Grants, Budget and Finance, and Auditing are standing committees that come under Gretchen's leadership as Chair of Fund Development. She was elected President of the Prince George’s County Chapter of NCBW in 2016 and served until 2018.  She introduced Sankofa, the first international partner to the Chapter with Richard Willis, CEO. Carrying with him gifts the Chapter, Mr. Willis travels several times a year to Ghana to help children and families improve their quality of life.

Under Gretchen's presidency, the Chapter became a member the newly formed Coalition of Women Against Domestic Violence. Under her tenure the Chapter was not only recognized as Model Chapter but also won the Maryland Governor’s inaugural Black Leaders Award for the diverse community service and empowerment programs implemented by the Chapter in Prince George's County.

Gretchen joined the Chapter in 1997 and has served in several positions including as Chair of the Education and Scholarship Committee for more than 10 years.

Gretchen is a retired educator from District of Columbia Public Schools where she served as Principal and later trained at Yale University in New Haven, Connecticut to become Project Director of the School Reform program. Upon retirement she worked for Yale University as a trainer/facilitator and later went to work in Prince George’s County Public Schools as a Mentor Teacher and Resource Teacher retiring in 2019 after 54 years in education.

Gretchen is active with Order of Eastern Star, where she served as the National Supreme Grand Matron for 6 years. She is also a member of Alpha Kappa Alpha Sorority, Incorporated.

She currently partners with the National Federation of the Blind to present the Bernard F. Turner Award to students needing assistance. Each November, Gretchen presents this award, named in memory after her brother who was blind.

She enjoys travelling and has travelled to Tanzania East Africa to train grass root groups as a part of a USIA grant.

She enjoys family time with her daughter, LaJoye, grandsons, and 2 great grandchildren. Gretchen is a member of Ebenezer AME Church, where she is a member of the PENS Poetry Ministry. She also enjoys writing and published, Sounds in My Head.  Her life priorities are God, family, and service.