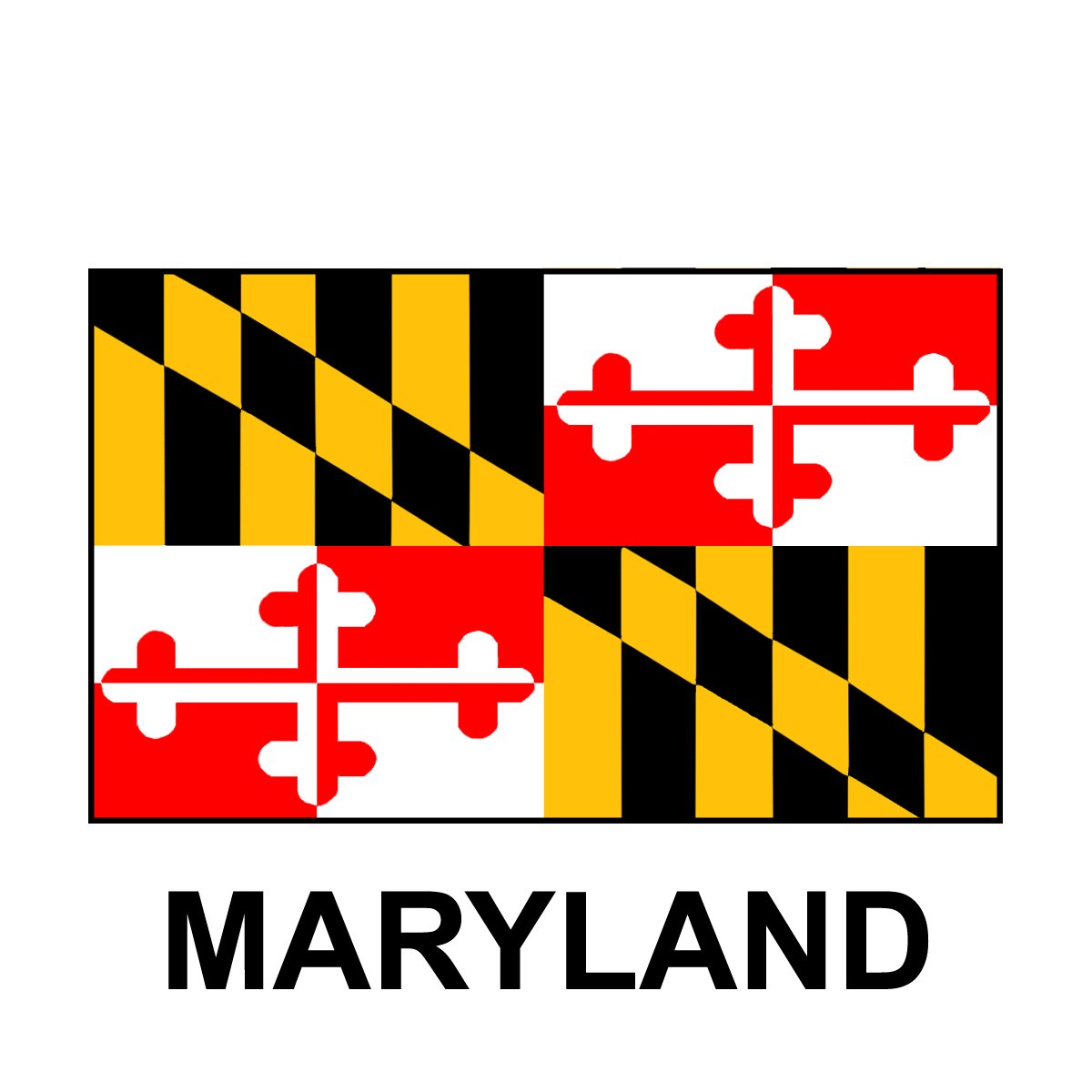 State legislators were ready to get back to work and kick off the 444th session of the General Assembly on Wednesday, despite the opening of the 2022 session being overshadowed by continued pandemic concerns and the prospect of hot-button issues.

In a change from last year’s strict pandemic guidelines — when senators were enclosed in transparent plastic booths and the number of delegates in was limited to enforce social distancing — the legislators were welcomed back into their respective chambers at full capacity, with mandatory masking and less close contact than pre-pandemic years.

This session, the legislators are expected to debate over a number of key issues, including Maryland’s significant budget surplus, healthcare in the COVID era, climate change and the environment, cannabis legalization, and redistricting.

The weekend before convening in Annapolis, a collection of Maryland lawmakers unveiled and explained the environmentally directed bills they plan on introducing during this year’s legislative session.

Hosted by the nonprofit organization ShoreRivers, the Eastern Shore Environmental Legislative Preview featured 15 state legislators — 13 delegates and two senators — whose session priorities include combating the impending climate crisis and, in some cases, fulfilling the environmental goals of the Biden administration.

With an intensified focus on limiting global warming, culminating last year with the United Nations Climate Change Conference in Glasgow, Scotland, interest and calls for extensive environmental plans have taken place across the world since Maryland’s 2020 session. Presenting new bills and reintroducing some that have failed in past sessions, the 15 Democrats, with a super-majority across the assembly and more public and political momentum with climate issues than ever before, may have a less arduous path to ratification.

Some of the topics, laws, and actions highlighted by state legislators included:

Climate Solutions Now Act: An omnibus bill that sets statewide carbon emission goals and establishes specific action related to renewable energy, construction, and emission data. The bill’s primary goal is for Maryland to reach net zero carbon emissions by 2045, with an interim goal of 60% reduction by 2030.

“We can’t wait. We have to be bold,” Sen. Paul Pinsky (D-Prince George’s), chair of the Education, Health and Environmental Affairs Committee, said.

The bill seeks to achieve these goals by shifting different components of infrastructure, including state vehicles and school buses, to electric. The transition to clean energy also includes general and school construction projects; in relation to heating, air, and water, the bill requires construction of new buildings bigger than 25,000 square feet to be all electric and looks to also retrofit existing buildings.

Reclaim Renewable Energy Act (HB 11): A bill meant to redefine what constitutes as renewable energy. The act would remove all combustion-based energy sources, such as trash incineration or factor farm biogas, from the renewable energy portfolio standard, which sets the goals and parameters surrounding renewable energy. According to Del. Vaughn Stewart (D-Montgomery), this bill, in different forms and wording has come across the assembly before. Stewart said, however, that he hopes the Reclaim Renewable Energy Act will be “a bit of a headliner” in terms of this year’s climate legislation.

Water Pollution Control Permit Enforcement: This piece of legislation is designed to counter and exterminate expired water pollution control permits that have been “administratively extended” by the Maryland Department of the Environment.

"The Department of the Environment has fallen down on its job. It isn’t protecting the public,” Pinsky said.

"We’re … not increasing the requirements, but just trying to hold those businesses operating in our state and wastewater treatment plants to the requirement to which committed,” said Robin Clark, staff attorney for the Chesapeake Bay Foundation.

Climate Crisis and Environmental Justice Act (HB 171, SB 135): This act hopes to contribute to the state’s net zero emission goals by establishing costs to “anybody who wants to bring in and burn fossil fuels in the state of Maryland,” said Del. David Fraser-Hidalgo (D-Montgomery).

The money collected from those fees will then fund green infrastructure projects, as well as establish different household and employer benefits. Half of the total revenue will go to low- and moderate-income households (in the form of rebate checks from the comptroller’s office) and energy-intensive trade-exposed businesses to protect them from financial hardship. And the other half will go to the Climate Crisis Infrastructure fund to help promote different environmental and climate change policy and initiatives.

Conservation Parity Act: This bill coincides with the Biden administration’s “30 by 30” plan by setting a goal for Maryland to conserve 30 percent of its land by 2030 and 40 percent by 2040.

To accomplish towards these goals, the bill establishes two programs and expands the scope of another, active one. The proposed Greenspace Equity Program will provide funding for private land trusts to conserve open space for projects like urban parks, community gardens and trails. The second new program, the Land Trust and Local Government Revolving Loan Fund, plans on accelerating conservation efforts by creating a bridge loan opportunity for private land trusts to purchase land as it becomes available. And because the majority of Maryland’s forestland is privately owned, the existing Mel Noland Woodland Incentives Fund will appropriate $1 million annually to support stewardship of private forestland statewide. According to Del. Eric Luedtke (D-Montgomery), as of Jan. 8, Maryland has conserved around 27% of its land and critical habitats.

Banning of PFAS (no number yet) and Single Use Plastics (HB 135): Two previously presented bills, these pieces of legislation introduced by Del. Sara Love (D-Montgomery) tackle two sources of public health and pollution controversy. The first bans PFAS, or “forever chemicals,” from use and disposal in Maryland. These toxic chemicals, which are found in many food, commercial, and industrial products, have been linked to several harmful health effects, including cancer and high cholesterol. Specifically, this bill would bar the use of PFAS chemicals in firefighting foam, food packaging, rugs, and carpets. The second prohibits restaurants and food service businesses from providing single-use food or beverage products unless directly asked by the customer.

Omnibus Oyster Shell and Spat Legislation: Building off “places of consensus” between watermen, advocates, and scientists, Sen. Sarah Elfreth (D-Anne Arundel) said this bill is designed to increase the oyster supply in the Chesapeake Bay, with an overarching goal of reaching 5 billion spat on shell by 2025. Other components of the bill include providing capital support to hatcheries across the state, creating incentives for new shucking houses, and reconfiguring the restaurant shell tax credit to a grant program. If passed, the bill will also fund a new Chesapeake Bay bottom survey. The current maps, Elfreth said, were made in the 1970s.This proposed legislation follows a series of controversial laws proposed in Annapolis and debated by Eastern Shore watermen, including a 2019 bill vetoed by Gov. Larry Hogan that would have barred oyster harvesting in five tributaries.

Environmental Human Rights Amendment: An amendment to the Maryland Constitution adding, “each person, as a matter of human dignity, has the fundamental and inalienable right to a healthful environment.” The ratification of this amendment would give groups and citizens the opportunity to contest local sources of pollution, such as the placement of pipelines or incinerators. According to Del. Wanika Fisher (D-Prince George’s), this will be the third time this amendment has been presented to the General Assembly.

Gas Station Environment, Health, and Community Protection: Citing the “aggressive” emergence of new convenience store gas stations across the state, Del. Sheila Ruth (D-Baltimore) presented legislation designed to limit the clustering of gas stations. It would require new gas stations to be at least 1,000 feet away from any existing gas station, as well as 1,000 feet away from residential property or other sensitive land uses like schools and day care centers. If passed, the bill would also require new gas stations to install one electric vehicle charging station for every gas pump.

The Maryland General Assembly’s first day of session was Wednesday, Jan. 12, and its last will be Monday, April 11.