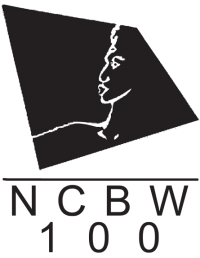 The Candace is the symbol of the National Coalition of 100 Black Women.

History of the Royal Title of Candace

The Candaces of Meroe were the queens of the Kingdom of Kush who ruled from the city of Meroe c. 284 BCE-c. 314 CE - a number of whom ruled independently c. 170 BCE-c. 314 CE - in what is now Sudan. The title Candace is the Latinized version of the term Kentake or Kandake in Meroitic and may mean “Queen Regent” or “Queen Mother” but could also mean “Royal Woman”. Although the term seems to have originally referred to the mother of the king, from around c. 170 BCE it was also used to designate a female monarch who reigned independently.

A “Candace, queen of the Ethiopians” is mentioned in the Bible when the apostle Philip meets “a eunuch of great authority” under her reign and converts him to Christianity (Acts 8:27-39). In this passage, as in other ancient works mentioning the Candace, the royal title has often been confused with a personal name.

Among many notable Candace Queens, the Candace - Empress of Ethiopia was able to successfully battle the Roman Emperor Alexander when his army reached Kemet (Ancient Egypt) in 332 B.C., on his world conquering rampage. From the 3rd century BC to the 2nd century BC, the empire of Kush in Ethiopia was ruled by a line of independent female rulers called the Candace’s or Kandake.

Able to influence the line of succession and consolidate her power, Queen Candace played a role in the coronation of the new King. Queen Candace-Empress of Ethiopia denied Alexander the Great entry into Kush and deterred him on one of his military campaigns, causing him to overtake a weaker Egypt. This formidable black Queen Candace was world famous as a military tactician and field commander.

The Vision of the National Coalition of 100 Black Women is to see Black women and girls live in a world where socio-economic inequity does not exist.

The Mission of the National Coalition of 100 Black Women is to advocate on behalf of Black women and girls to promote leadership development and gender equity in the areas of health, education, civic engagement, and economic empowerment.